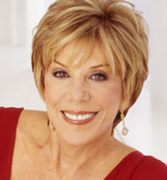 Monday Morning Motivator: IF YOU CAN CONNECT, YOU WIN...

IF YOU CAN CONNECT, YOU WIN...

It's true. If you can genuinely touch people, if you can speak so that they can actually hear you, if you can show them how much you care and that you are on their side - and mean it down to your core - you've got 'em. Connecting is an art. It takes understanding, total awareness and absolute honesty. And guts. Why? Because to truly move people you can't hold back. You've got to show your cards, be vulnerable, even be willing to look a bit foolish to get your point across. The audience - any audience - ultimately figures out the truth. So you might as well tell it. And if you do, and you do it with absolute passion, total conviction and a dollop of self-effacing humor, you've got a heck of a good chance of getting their approval, their buy-in, perhaps their love - and maybe even their vote.

There is much to learn in the coming weeks from watching the speeches, town hall meetings, interviews and random sound bytes of  political candidates and asking yourself, who "connects" and who doesn't? And deciding whom, if anyone, you want to emulate when you're asking for the order. Here are some of the communications techniques I use with people I coach.  Use them as a "scorecard" as you're making your decision on whom to vote for - or when you listen to anyone else who's making a pitch...

Seven Steps to Making the Connection...and the Sale

1.      Conviction. Let go of any doubts, fear of failing, memories of "bad" performances. That's the past. It's done. You've got to believe that you are exactly the right person at the right place at the right time to be walking up to this microphone, onto this stage, into this interview - telling this story, making this pitch, asking for this order. Why should it be someone else? You're the one.

3.      Show 'em your passion. Charisma is nothing more or less than passion demonstrated. Passion drives profits, captures hearts and wins votes. We believe in and trust people who are passionate. And we follow them. Don't hammer home how right you are about how wrong they are. Talk about the future....about what's possible, about what you can create together. Remember Churchill, Lincoln, Kennedy, Reagan. People don't care how much you know until they know how much you care. Show them.

4.      Lead with the "lede," as they say in journalism. Never bury your headline. Resist the temptation to "build" to your main point. Frame it at the top - and deliver it the way you would deliver the "news." Put it out there.

5.      Tell a story. Connecting isn't about teaching and telling or about statistics and powerpoints - it's about stories. People want to be inspired, not lectured to. And if you can tell an amusing, self-effacing story on yourself - all the better. "The destiny of the world is determined less by the battles that are lost and won than by the stories it loves...and believes in." -- Harold Goddard.

6.      "Land the Plane!" That's what our younger daughter, Abigail, says when someone (like me) goes on and on(and on) elaborating on the tiniest details. If you see people shifting in their seats or glancing around...it's time to "touch down."

7.     Remember, if enough people love ya, the ones who don't, don't matter. You'll never get one hundred percent buy in. It's okay. Hey, the only thing everybody likes is water. And that's because it has no taste... Stick to your guns, to your message, to your vision of what good looks like. Wishy-washy doesn't walk the dog. Or get the vote. Be you...one hundred percent.

And as you listen to the candidates, do it with an open mind. Suspend your particular bias. Don't root for the "other guy" to be as bad as you hoped he'd be. Just listen with "new ears." And decide who connects...with you.

Welcome to
Throw Out Fifty Things